9.15-10.15 – Plenary Conference Interdisciplinarity Orientation as a Condition for Transdisciplinary Research – Nature and Nurture

The extended program can be downloaded by accessing the following link:

“Transdisciplinarity has arrived yet university research is taking more time to realize and acknowledge such a relevant mega stroke of academic history. It may expose the irrelevance of conventional research which had worked through the ages as a discipline focused, individualized and confidential copyrighted script of proposals where researchers traversed problems like horses with blinders generating research findings which lacked a holistic equilibrium but greater passion and demonstrable insecurity from critiques.” (Singh, 2019).

We navigate our life through rough academic tribes’ territories and we waste energies in disciplinary divides and scientific disciplinary fights. Between agonism and antagonism, between closing fences to protect disciplinary standards and largely opening doors to multiple actors who deal with complex societal issues, interdisciplinarity might be the long waited solution for a new mode of research and knowledge production. The challenge of being or becoming interdisciplinary oriented remains, though. What makes us successful in interdisciplinary collaborations, which are the forces that foster our willingness to engage in interdisciplinary work? It is not clear yet what personal traits or attributes, or what social factors contribute to the creation of a good interdisciplinary orientation. What seems to become clearer lately, however, is that we do not need the nature or nurture divide in terms of developing interdisciplinarity – such an orientation has both characteristics: nature – as either a trait or a state of mind, and nurture – can be encouraged and developed through appropriate education and exposure.

For the complexity of the modern world, interdisciplinarity depicts a mode of analytical thought that challenges the ubiquity and solidity of traditional disciplinarity. The interdisciplinary approach aims at trespassing the artificial borderlines between disciplines, representing a strict requirement in a world prone to constant change and cognitive accumulation in various fields of knowledge. Proactive focusing, blending, and linking of disciplinarity inputs foster a more holistic understanding of an issue, question, topic, theme or problem.

Based on bridge building between disciplines, or restructuring parts of disciplines to form a new whole, the purpose of interdisciplinary research is actually a pragmatic one: to solve a problem, to resolve an issue, to raise a new question, to explain a phenomenon, to create a new product, or to address a topic, all these being too complex for the methodological inventory of a single discipline and requiring thus an interdisciplinary approach (Klein 2010).

Transgressing certain epistemological and methodological barriers between various disciplines has resulted in a re-assessment of the research object, which is no longer regarded from the unique perspective of a single discipline, but rather placed under the magnifying glass of the interdisciplinary approach. The research object is studied from all angles, while the analysis is performed with methodological and epistemological tools belonging to several disciplines, aimed at rendering the research deeper and more extended.

PHSS conference highlights the need for more interdisciplinary debate in different fields of research and calls for more critical approaches to bring various topics to the forefront of research in humanities and social sciences.

We invite you to join us for the 7th edition of PHSS conference to explore interdisciplinarity and how interdisciplinary collaboration can help us to study complex social phenomena. We warmly invite proposals that focus on theoretical approaches, and also applied studies. Submitted presentations can include descriptions of accomplished work or work in progress.

Please send your title and a short abstract at phssconference2021@gmail.com.

There is no participation fee for this year’s edition.

The conference languages are Romanian and English.

9.00-9.30 – Registration and coffee
The Museum of “Alexandru Ioan Cuza” University of Iași

The Development of Entrepreneurship in Romania. The Role of Institutional Environment

From Felix Klein’s Erlangen Program to Dan Barbilian’s Secondary Game: The Philological Side

The full program is available here.

Through this workshop, we intend to create an interactive seminar in which to work together with the participants to identify the main obstacles that entrepreneurs face when they want to start up a new business or are in the course of their activity, in Romania. We will discuss the characteristics of the entrepreneurial environment in Romania, the number of procedures necessary for the establishment of a new business, the main ways of financing available to start-up entrepreneurs, but also to those older on the market, the role of the institutional environment in stimulating and encouraging potential entrepreneurs. The practical experience of the speakers will bring us face to face with the real situation in the business and institutional environment. Also, the participants in this seminar, being seen as potential entrepreneurs, will present their perceptions of the obstacles they identify in the entrepreneurial environment, as well as the factors that would stimulate them to open a business.

This workshop was supported by a grant of the “Alexandru Ioan Cuza”University of Iasi, within the Research Grants program, Grant UAIC, code GI-UAIC-2017-02, entitled “Increasing the competitiveness of the Romanian economy by improving the quality of entrepreneurship”.

In 1872, the 23-year old Felix Klein published an important work, known today as the Erlangen Program, with lasting impact on the development of modern mathematics. Pursuing the Erlangen’s Program philosophy, a doctoral student of Gaston Darboux, Gheorghe Țițeica, introduced the first concepts of affine differential geometry in a series of papers published in 1907-1908. Furthermore, while running the ‘Mathematical Gazette’s problem solving competition, Țițeica discovered Dan Barbilian, a young brilliant and original mathematician who later had many substantive contributions in algebraic geometry and metric geometry. In poetry, Barbilian is remembered for his volume titled ‘Secondary Game’. In an essay wrote a decade after the ‘Secondary Game”s publication, Barbilian wrote: “I personally consider myself a representative of the Erlangen Program, that movement of ideas that, from the standpoint of its consequences and the overturn of viewpoints, can be compared with the Discourse on the Method or with the Reform itself. Instead of the narrow specialization or the opaque technicality, which preceded the Erlangen Program, it brought an illuminated eclecticism. It pursues the depth of each theory, without missing from sight the homogeneity and unity of the whole.” Starting our inquiry from this standpoint, we investigate the existence of the common roots of ‘Secondary Game”s poetics and the philosophy of the Erlangen Program. Our conclusion is that the Erlangen Program yielded in the field of Romanian letters a totally unexpected outcome: an aesthetic vision.

Bogdan SUCEAVA (b. 1969) has a degree in mathematics (1994) and a M.Sc in geometry (1995) from the University of Bucharest, and a doctorate in mathematics from Michigan State University, East Lansing (2002). He is now a full professor of mathematics at California State University, Fullerton, where he taught since 2002. He has written articles on mathematics and the history of mathematics, some of which appeared in Historia Mathematica, the Notices of the American Mathematical Society, the Mathematical Intelligencer, among many others; two of historical essays are included in the Best Writings on Mathematics anthologies (2016, 2018) published by the Princeton University Press.  He is also the author of 17 literary volumes, including Miruna: A Tale (Curtea Veche, 2007; Polirom 2016), The Night When Somebody Died for You (Polirom, 2010), Coming from an Off key Time (Polirom, 2004; 2nd edition, 2010; 3rd edition, 2014), Avalon. Secrets of Happy Emigrants (Polirom, 2018).

There is no unitary theory of interdisciplinarity, but we are most certainly crossing a postdisciplinary era, one in which inter-, multi-, transdisciplinarity have already merged into a meta-discipline, a new idiom where all these prefixes are partially interchangeable. But what does the conceptual vocabulary of interdisciplinarity consist of today? Which are its applicative methodologies? How do we acknowledge the potential meeting points of two distinct disciplines? How can these meetings be encouraged? And how does the imperative of being interdisciplinary shape the policies of research and the academic culture?

In order to answer these questions, the 6th edition of the PHSS Conference will focus on four thematic areas: conceptual vocabulary, epistemologies and methodologies, interferences, forms of collaboration. Theoretical approaches, as well as focused case studies and inter- and transdisciplinary explorations are welcome. Our selection will attempt, as far as possible, to come with a balanced selection of these four areas of interest:

There is no participation fee for this year’s edition.

The PHSS 2019 edition is partially supported through the research grants GI-UAIC-2017-01 and GI-UAIC-2017-02, currently implemented at the Institute for Interdisciplinary Research, Social Sciences and Humanities Research Department.

We invite researchers in all fields to submit abstracts until 22 April 2019.

Revolutions. The Archeology of Change 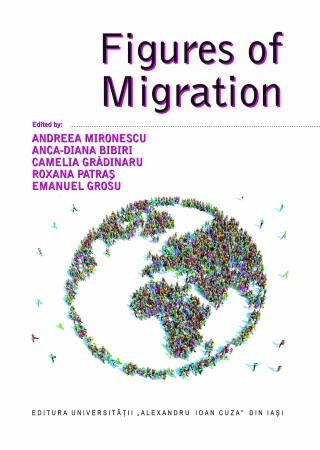 From Manuscript to E-Book 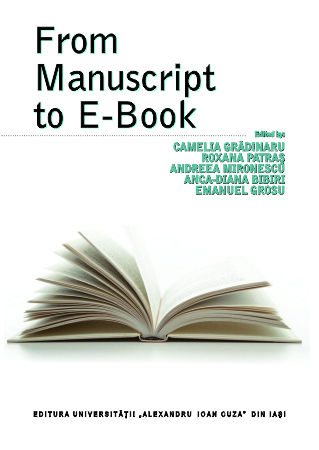 Perspectives in Humanities. Keys for Interdisciplinarity